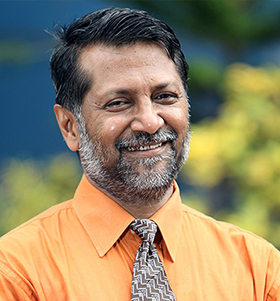 Ramakant Agrawal is Ph.D. in Economics from Ranchi University. He is a gold medallist in Masters of Arts (Economics). He is also UGC JRF from the first ever batch in 1986. He joined XISS in 1988 and except one year in 1996-97, he has continuously worked here as a Faculty Member first in the Department of Rural Development and then in the Department of Personnel Management/Human Resource Management.

He has imparted training to state-level administrative and judicial officers at Sri Krishna Institute of public Administration (SKIPA), Ranchi and Audit Officers of Indian Audit & Accounts Department (IA&AD) at the Regional Training Institute (RTI) Ranchi which falls under the office of the Comptroller and Auditor General of India (CAG). He was nominated as a Member of the State Planning Board. He was a part-time faculty to teach a course on Social Research Methods in XLRI to the full-time management students of PMIR and Business Management Day (BMD). He is currently professor of the Department of Human Resource Management. One can reach me on various social media platforms